RSS
← A Longer Story of Impunity: A review of A Short History of a Few Bad Things (Keith Deligero, 2018)
‘Edward’, ‘Lingua Franca’ top YCC nominations for 2019 → 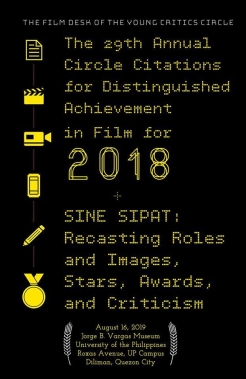 The Young Critics Circle Film Desk held its 29th Annual Circle Citations for Distinguished Achievement in Film for 2018 on 16 August 2019 (Friday), 3:00 PM at the Jorge B. Vargas Museum, University of the Philippines-Diliman.

Dr. Joseph Pális, assistant professor at the Department of Geography of the University of the Philippines Diliman, is the keynote speaker. Dr. Pális is also an affiliate faculty in the Center for International Studies in the same university.

The event was supported by the University of the Philippines-Diliman Office for Initiatives in Culture and the Arts.

View of the audience before the ceremony 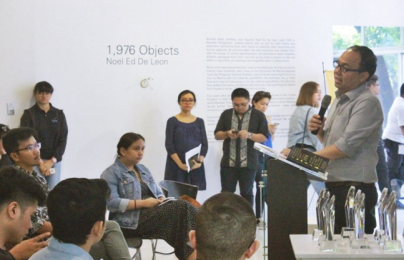 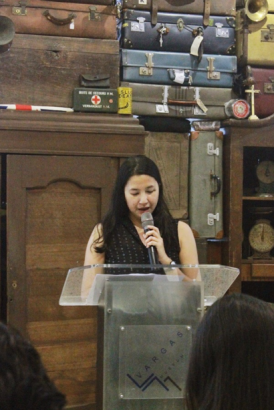 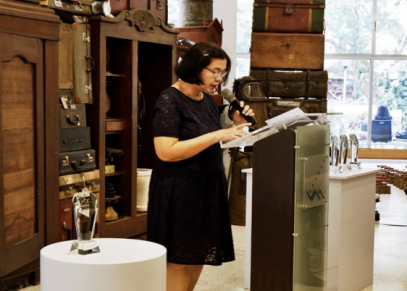 Kat Salinas delivering a few words of appreciation for their work on sound design of Never Not Love You. 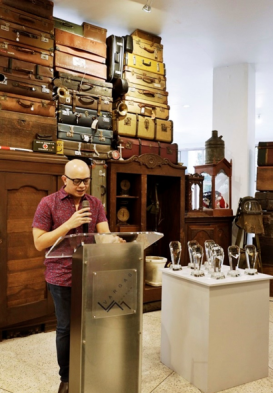 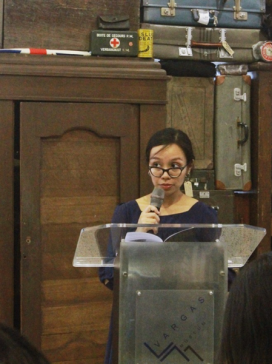 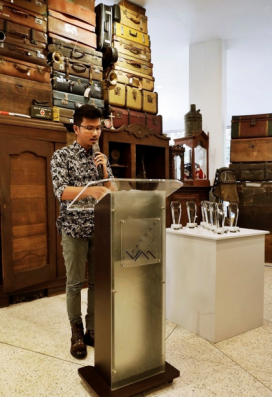 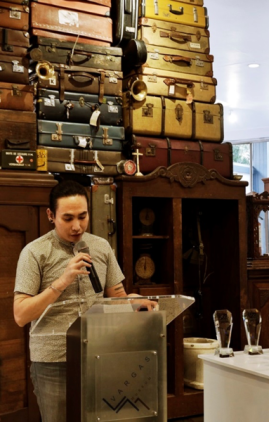 Awardee for Best Performance, Nadine Lustre for Never Not Love You. 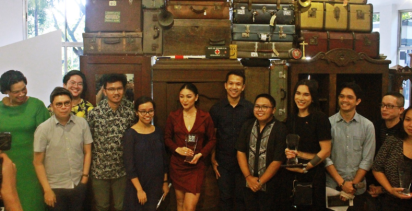 YCC members pose with the awardees. 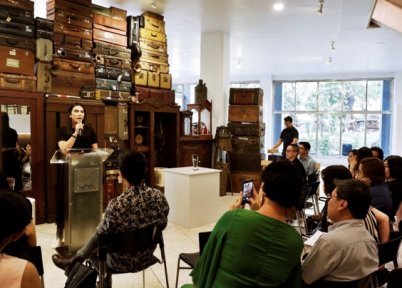 The recipients for the Best First Features awards include Denise O’Hara (Mamang), Marius Talampas (Ang Pangarap Kong Holdap) and Rod Singh (Mamu; And a Mother Too); Singh (above) delivering a words of gratitude. 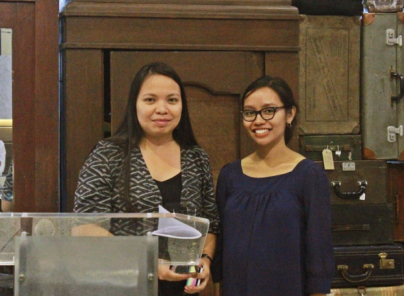 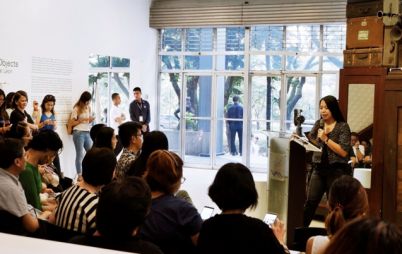 All photos courtesy of Kara De Guzman and Gian Delgado of the U.P. Vargas Museum.

← A Longer Story of Impunity: A review of A Short History of a Few Bad Things (Keith Deligero, 2018)
‘Edward’, ‘Lingua Franca’ top YCC nominations for 2019 →